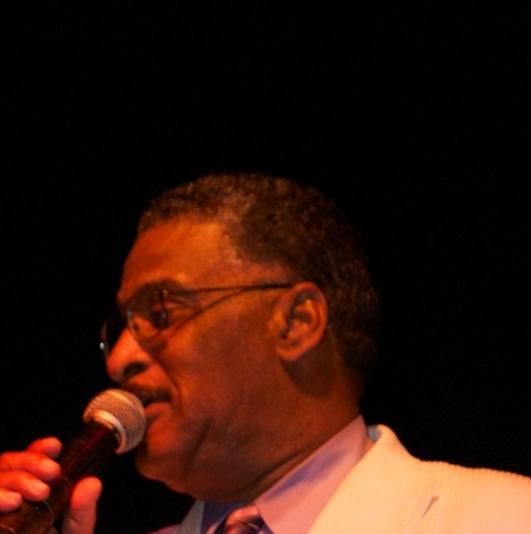 john better known as " Poncho ",  was born and raised in St. Louis, Missouri. He comes from a multi-talented family gifted as a instrumentalist and vocalist. He started singing in church at an early age, performing in his first talent show at seven years of age, which set the stage for his entertainment career. He sang gospel with the " Corinthian  Male Chorus " and " Wee-Luv ". in his early 20's , until he left St. Louis. A highlight at that time, was participating in the "Bobby Jones Gospel Extravaganza" . The choir opened up for the great gospel legend, Darrel Coley. Poncho also worked in the R&B field, with Fredrick Knight. Moving to Las Vegas in 2001, he  auditioned  for the " Drifters, Coasters and  the Platters " . He was subsequently  hired to work as the first alternate vocalist , for all three groups. In 2005, Poncho move  to San Francisco, and became a member of " The Best Intentions" in 2008. His true, dynamic  creative bass vocals, has added to the unique sound that the group has come to be known for.